I have been part of the computer scene since 1990 – I even have a ‘Word Perfect Computer Certificate’ dated 1992 – and I have been blogging, or web logging, since … believe it or not … 2001 … but in those days it was a simple process of writing on a blank screen with a  _ cursor flashing, awaiting the next breathtaking sentence and hitting ‘ENTER’. There was no such thing as  ‘SAVE or DRAFT’.

My first introduction to a computer in the home was through my then boyfriend and now husband, who purchased a Amstrad computer WITH a printer! A very cool gadget indeed!

Prior to this, I had only used a computer in an office – although I was once given permission, in 1989, to drag a full computer tower, screen, keyboard and associated paraphernalia to my unit so that I could do ‘catch up notes’ and ‘learn the computer’ at home – whilst on annual leave.

I blogged for local not-for-profit groups and joined other blogs, such as ABC National, Peakweare (photos), Beep and Wix (before it re-invented itself) and several other ‘free sites’ to learn how to get words ‘out there’. It has been a rewarding experience and I created several, if not a bit bodgey, websites for people over the years.

As I progressed in the computer world and now, graduated as a (mature aged student … uuugh) graphic designer, and with the advances in web templates, hosting, design and of course the WordPress platform, I now have a forum to write and also to showcase the art I have created over the years.

You will be pleased to know that I have also updated, upgraded and rehashed (key words, I believe) those ‘bodgey’ free websites I did in those old days …

Sometimes I wish I had left those site alone so that I could visually see the changes that now makes blogging an easy diary to write in.

I remember the days before WordPress and Facebook, where I had to ‘join’ a conversation or a ‘chatroom’ to talk to other people around the world.

I first had to select the topic of conversation that I wanted to join.

I would sit at my dining table, near the phone socket, so that I could wait for at least 10 to 20 minutes for the internet to connect through a dial up system, and then wait a further 10  minutes to connect a chat room.

It was quite easy to wait as I would also cook dinner at the same time and occasionally ‘glance’ at the screen to see what was happening.

When the screen changed and displayed several ‘BARS’ to say the WEB had actually connected to a chat room, pulses started rising. I would chat for, hmmm, about 5 to 10 minutes before the line was cut, disconnected or merely dropped out. But I persevered.

I logged into a chat room about the 9/11 tragedy to listen (peeking) to a conversation and also to offer my sincerest sympathies to those who had lost loved ones.

In asking a few questions and revealing I lived in Australia, I was told my questions were ‘unsympathetic to America and was I a terrorist?’.

The people who monitored each chat room, or web log or site then dropped me from the conversation and proceeded to ask me a series of questions before blacking me out of the room forever.

So, what was my question ? I asked if they (Americans) thought that a war was the answer. Yep, a real ice breaker.

That conversation led me to believe that I was not yet ready for the chat room world and I left all chat rooms for about a year.

Strange thoughts about authorities knocking on my door began to emerge and I thought that somehow, somewhere, there was a ‘electronic line’ to my house monitoring my every word.

I later found out that no one was interested in me, unless of course I was in a position of authority, famous or a super millionaire. Sadly, I am none of these and soon after I was hospitalised for spinal surgery – and a bout of depression – although the depression was not really related to my internet experience or delirious thoughts, but more related to the loss of my ability to move my neck and back.

My chat room experience had not helped me at a time as I was losing friends rapidly, mainly due to loss of work and socialisation. During the rehabilitation stages after surgery, I used the internet or WEB as it was then named to search for properties in Northern NSW.

A change was as good as a holiday right?

I found a sleepy town named Guyra, just a little north of Armidale. My husband and I thought that a drive up into the mountains may do us a little good and no harm.

I found all the information that I could from the WEB, which in reality was a few listings and a page about services and phone numbers available in the area.

But that amount of information was good enough for us and we travelled up into the Mountains of the Unknown and promptly purchased a home in the small village of Ben Lomond, some 50km north of the University City of Armidale in New South Wales.

After our arrival and enthusiasm for a tree change had some what diminished, and having lived on the coast all my life, the shock set in.

We were miles from any medical specialists and family.

My brother moved to Coffs Harbour later that year, which was only a 3 hour drive, but I started to feel the isolation.

In 2005 I was back in hospital in Sydney for yet more tests and surgery.

But then, on one rainy day, whilst rehabilitating again, at home, in the now office, where my home computer was located, plugged in, ready to use, with a satellite dish at the ready, I logged into the WEB and found a strange email waiting for me.

It was an invitation from someone named ‘Mark and Team’ from a new forum called ‘Facebook’.

All I had to do was click on a formula, paste it into the search browser and ‘sign up’ to see other faces from around the world (later emails were signed from ‘The Facebook Team’ – since then I have never received another Facebook email).

I signed up but I did not understand what was going on.

I saw all sorts of stuff but I DID NOT KNOW WHAT THIS FORUM WAS.

Who was this person from Spain? and what was I supposed to do?

I promptly phoned a friend and asked if they knew how to work facebook. No, they had not heard of it and I should delete it as it may be viral and shut down my computer forever.

Again, I had strange thoughts about my computer contracting a deadly virus that may penetrate through the vents and infect me or worse, the whole world population! My imagination was growing more vivid with this new language of computerization that I was hearing from day to day …

I moved onto my next email and left Facebook for a few weeks given that I had no clue to what, who or where it was, except that it was a WEBSITE on my INTERNET until an old friend sent an email requesting that I join a Facebook game.

I followed the link but I still did not understand the way it all worked.

I tried to open the game but it needed to flash or something. I did manage to write my first words on facebook which said – ‘I would love to play Zoo World but I can’t work out the game’.

Within seconds, I had strange people tell me all sorts of stuff I had to do. Later that evening, having made new friends from around the world, I had entered the world of Facebook games.

The next day, I sat at my computer and opened up ZOO WORLD where I was given my very own animal island.

A few other people playing this game helped me to play, purchasing animals, shaking trees and all sorts of really cool stuff that occupied me for the next 4 years.

I was back in the world again, albeit a fantasy world and I had new ‘friends’ that I still have today.

Facebook and associated games helped me through several years of ‘getting well’ and getting over various traumas in my life.

I loved playing the games and it led me to believe that computers could work for me too.

I thought that someone had to draw these cute little characters and someone had to have dreamt up how to put all this stuff onto the internet, so maybe ?????

In 2009 I signed up for an Arts (Graphic Design) and, despite several more spinal operations which have enabled me to keep walking (I have a crushed but not severed nerve) I managed to qualify in Graphic Design (2013).

Today, my computer world is a lot friendlier and love to see what I can do with both my words and art – or hand drawn art made into digital art – or photography made into … well other forms of art. It is an exciting form of expression.

As for the purchase of my first lap top … well, that is another blog.

Needless to say, I was told “How about a lap dance for a lap top ?”.

I now have had several lap tops – this one is the latest with touch screen and I love it.

I love my husband, but the lap dance thing is getting a bit old … hmmmmm

Follow Dear Liza Designs is about country life, artful living and a vase full of flowers on WordPress.com

All content, images and designs on this site are owned, created by or used under lisence by Elizabeth Kerry – ABN: 64 927 470 903 and may not be used or reporduced in whole or in part without he expressed permission. C 2017. Thank You. 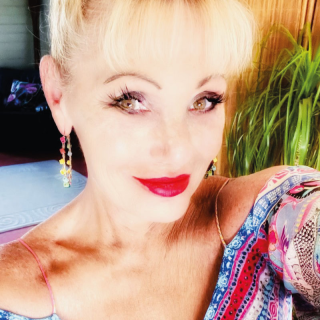 GRAPHIC DESIGNER - NEW ENGLAND NSW AUSTRALIA ‘BEAUTIFUL GRAPHICS, BEAUTIFUL DESIGNS’ I am a Graphic Designer based in the New England Region of NSW. I create captivating, functional and professional Graphics and Designs. I am dedicated to assisting you with your Business Start Up, Business Solutions, Social Media Marketing and Web Design.